Writing is a solitary endeavor. However, we writers are all part of a thriving community of wonderful authors working to share our stories with the world. In an effort to strengthen that community, I’ve reached out to fellow indie authors of all genres in a series of interviews I’ll be posting intermittently.

Thanks, and take care, 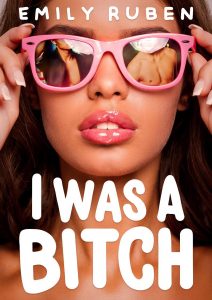 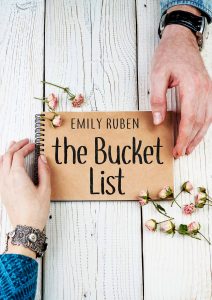 Blurb: Leah thought that the turmoil in her life had come to an end. That is, until the boy-next-door who’s just moved in, turns out to be none other than her old childhood best friend, Damon.

Rekindling their friendship, the two become inseparable and life seems perfect, until Leah learns a tragic secret; Damon is terminally ill and has only one more year to live.

Leah and Damon decide to embark on an adventure to have the time of their lives and cross out every to-do on their ‘Bucket List’. With the clock ticking and time precious, will they be able to complete every goal before time runs out?

Please tell us about your current project! What inspired you to write it?How long have you been working on it? How has the current iteration changed from your original intent?

My current project is my second published book called “The Bucket List”. It came out on Amazon a few weeks ago. I don’t really know what inspired me to write it, I think the idea just came on its own. I remember sitting on my bed and typing the first sentences “I never thought someone would move in the house next to ours. I mean, I knew someone would eventually but I never expected it to be him. Damon Hollins”, and then it was as if inspiration was coming in waves so I developed the idea of Damon’s sickness, him and Leah writing down a bucket list and soon enough I had a plot.

I was 17 when I started writing the book. I remember it was on vacation and I was supposed to study for my final high school exam but I had to write this idea down so exams came second. I wrote about 20 chapters then put it on hold because another idea came to me so I finished another book first before going back to “The Bucket List”. I finished it on January 1st 2015, so about a year and a half later. At the end of 2016, I rewrote some chapters and Inkitt offered to publish it, which was honestly a dream come true for me.

I actually stayed pretty faithful to the original idea I had when I started writing the book. I knew right away how I wanted the story to end. The only thing I  figured out along the way was the things in the bucket list that Damon and Leah would choose to do.

What character(s) do you enjoy writing the most? Why?

The character I enjoyed writing the most amongst all of my characters is Finn Evans (in I Was A Bitch, my first published novel), because the lines I gave him sometimes made me laugh, and because I think he’s a pretty dreamy character, one I’m pretty sure would be difficult to encounter in real life. In my second published novel, The Bucket List, it has to be Jenny or Seth, they’re both pretty crazy and I found it funny to toy with their weirdness.

What are your aspirations and goals as an author? How long have you been writing? How did you get started down this path?

My first original goal was to get one of my books published and I had the chance to be able to fulfill it. My new goal now is to organize a book signing to meet some of my readers, I think it would be the coolest thing.

I’ve been writing for … well, ever. As long as I could hold a pen and form sentences, I’ve always been inventing stories. I started writing them down with my childhood best friend when I was 7 or 8, and wrote my first story alone when I was twelve and got access to a computer.

What are some valuable lessons you’ve learned along your writing journey?

Hard question… Maybe that your writing matters, if only for just one person and that if you want something in life, you have to find a way to make it happen. I wanted to get published ever since I was twelve, I actually sent my first book to a French publisher (since I used to write in French, which is my mother tongue). Then Wattpad came along and I got to share my stories with readers who were so nice and so supportive it just made me want it more. And in the end, I got very lucky to win a contest on Inkitt and be able to fulfill my dream earlier than I would have expected, at 20 years old.

So I think, if it can happen to me, it could happen to anyone. No one should give up on their goals.

What’s your next project?

My next project… I’ve recently started writing about three different stories because I have inspiration for more than one. They’re very different so I’m waiting to have more time to see which one I commit to so that I can finish it. So, I sure hope I will finish one of the three stories I’m working on, but it all relies on my inspiration so there’s no certainty as of right now.

Where can readers find you/your work?

You can find my books on Amazon by just typing my name Emily Ruben and the title of my books (I have two published : I Was A Bitch and The Bucket List). Otherwise, you can click on these links:

I also publish some stories on Wattpad when I can, I have one short story that’s finished called “How Did We Get Here” on there. My wattpad is @Emiisotherside.

I’m also on a lot of social media :

Thank you so much Lauren for inviting me to take part in this author interview!