Lauren L. Garcia recently won the Inkitt Fantasy Contest with her gripping novel Catalyst Moon: Incursion, which introduces us to a strange, magical and emotionally compelling world. Peter Machen spoke to her about the process of writing, the importance of character development and how it feels to have her novel selected for publication.

Peter Machen: How long did it take you to write Catalyst Moon: Incursion? And where did you get the story ideas from?

Lauren L. Garcia: I started writing around September 2012, although there were many months of brainstorming prior to that. I think the initial rough draft took about six months, though it’s hard to say, as I did not write it all the way through in one go. There were many distractions along the way!

Oddly enough, the idea came from my fan fiction. I’d written several timelines for Kali and Stonewall (the two central character in Incursion) in my Star Wars fan fiction, and had yet another idea in mind. This time, however, I thought I’d try to bring the characters into original fiction. In turn, they helped shape the world and story of Catalyst Moon.

PM: How long had you been writing for before you started on Catalyst Moon?

PM: Can you tell us a little about the title of the series?

LLG: The title refers to the ‘second’ moon, Seren, which is a satellite that got caught in the planet’s orbit. Shortly after the moon appeared, magic began to crop up among the human population. So the moon was the catalyst for magic’s emergence among humans. My aim is to create a new fandom, so I wanted a series title that was snappy, visually appealing, and able to abbreviate easily.

PM: You won the Inkitt Fantasy Contest. Did you write the novel especially for the competition, or did you already have it in the works? And how did it feel to win the contest, knowing that it meant that your novel would be published?

LLG: I’d written the novel well before I’d heard of Inkitt. But I saw the contest and thought, “hey, why not?” But, honestly, it took me a long time to truly understand that something I’ve worked on and wanted for many years was going to happen. I kept thinking it wasn’t real. Some days, it still doesn’t feel real! But the understanding has made me…tremendously happy is one way to put it! There are times when the joy in my heart seems too big to feel all at once. It really is a dream come true.

PM: How did it feel the first time you read a reader’s review of Incursion?

LLG: It may sound silly, but I’m always a little shocked that people who aren’t my friends enjoy my writing! Getting nice reviews gives me a warm, fuzzy feeling inside. Getting constructive reviews gives my brain something to chew on in an effort to make my writing better, so that’s a good feeling as well. I treasure every reader’s feedback as a gift of their time and energy.

PM: Do you view Incursion as a genre novel or is it a novel that just happens to be set in a fantastic/magical world? When you began writing, was it clear from the beginning that it would be a fantasy-based novel?

LLG: Oh, I knew from the outset that this would be a fantasy novel. That’s just how my brain works – although I would like to delve into sci-fi one day. But I never tried to plug in any of the usual fantasy ‘tropes’ like elves, dragons, dwarves, etc. That’s not to say those elements are ‘bad’ – they just didn’t fit this book. I wrote the story how it needed to be written.

PM: You said earlier that Incursion’s two central characters were born out of Star Wars fan fiction that you’d written previously. Do you see the world and the relationships that you have created in the novel as something that transcends genre – i.e. can move beyond the cult fantasy niche market and appeal to the broader reading public?

LLG: I like to think so! Although I write stories that have ‘fantastic’ backdrops, they are, above all, stories about people. I think their stories, and the themes of love, friendship, family, loyalty, etc. can resonate with anyone.

PM: Most fantasy narratives – whether in film or novel form – are usually quest-based stories. Incursion is unusual in that it is not a quest tale but instead relies on a gradual revealing and unravelling of mysteries, both for the characters and the reader. And for the central protagonists, Kali and Stonewall, it is a road-movie of a novel, and, like all road movies, they learn more about themselves and each other as they move across the landscape. How important is character development for you? Do you feel the need to take your readers on an emotional journey?

LLG: Character development is paramount. My characters drive the narrative and shape the story – they are the vehicles that bring the reader along for the ride. I absolutely love taking folks on emotional journeys. My aim is to keep your eyes glued to the page/screen to the very end, after which you will – hopefully – emerge from the story a little disoriented, like getting off of a rollercoaster.

PM: And do you find that the characters take on lives of their own as you move deeper into the narrative? In general, how much of a story is planned by you ahead of time, and how much of it just ‘happens’?

LLG: Characters absolutely grow in unexpected ways as I write. Most of the time I don’t really ’get’ what a character is doing in the story until the rough draft is completed. From there, I go back and fine-tune their attitudes, actions, behaviors, etc. to better fit with who they are.

Stories, too, take on lives of their own as I write. I start with a rough outline that contains a beginning, an ending, and a series of plot points to hit along the way, but I allow the narrative to grow from there. For me, discovery is a huge – and exciting – part of the process.

LLG: Definitely. I took great pains to avoid info-dumping. I wanted the reader to discover this world piece-by-piece rather than all at once. It’s more engaging – and rewarding – to learn the relevant information as you go. Presenting this information through the POVs of my characters was a natural extension of this desire.

PM: In Incursion you build a world and construct narrative tensions. These tensions fuel, and are in turn fuelled by, the tensions between your characters – often romantic or semi-romantic tensions – and also by the tensions between individuals and a class-based society and the tension between magic and religion. You manage these tensions really well, and in so doing, pull the reader deep into your story. Do you write with the clear intention of reeling in the reader?

LLG: Pretty much every aspect of my writing is meant to suck the reader into my world. My goal is for readers to devour my stories and enjoy the ride.

PM: As suggested by its two-part title, Catalyst Moon: Incursion is the first in a series of novels. How many more books can we expect in the series? And do you have a fairly complete idea of the overall narrative at this point or is it something that grows over time, and takes on a life of its own?

LLG: I created Catalyst Moon to be sort of a playground for my imagination. I wanted a world I could develop completely: past, present, and future. That means that, yes, there will be many more stories set in this world, far beyond the arc that begins with Incursion. The current arc will have about four novels (with possibly a novella or two thrown in as well). It’s not extensively planned, but I do have an idea of how it will pan out. However, I know that new ideas and events will crop up – and I look forward to seeing what they are! Beyond this arc, I have rough outlines/notes for about six more novels set in the world of Catalyst Moon, falling across the historical spectrum.

PM: As the world of Catalyst Moon formed in my head, the story became increasingly cinematic and, by the time I’d finished, I literally felt like I was watching a movie. Did it feel that way during the writing of Incursion, and how would you feel about the prospect of it being turned into a film?

LLG: For me, storytelling transcends watching a film because I tend to experience more emotional breadth through my own characters than someone else’s. That’s not to say I don’t go completely fangirl over characters like Obi-Wan Kenobi, but the work I actively create resonates more with me than something I passively watch.

Before I write a scene, I think it through and try to imagine how it would pan out. I consider whose POV would be the most interesting to use, how the characters would act and react to events and each other. I think this process helps shape the narrative into something that is easy for the reader to imagine.

As for seeing Catalyst Moon as a film, that’s so far out of my realm of comprehension, it’s hard to think about! It’d be great if I could have a hand in writing the screenplay. Actually, I think the format of a TV show would work better than a movie, as movies tend to condense stories too much for my liking.

PM: Although class-divisions are very evident in the novel’s world, it doesn’t seem that titles or positions are determined by the sex of a character. You don’t draw specific attention to it, but there seems to be a fairly strong gender equality in the societies represented in Catalyst Moon. Is this important to you?

LLG: Definitely. One of my main goals when building this world was to create a society where men and women are treated equally by default. The same goes for folks who are gay, lesbian, bisexual, transgender – the whole spectrum. The trick was to shape this default as ‘normal’ in such a way that it felt natural to the reader. This is why the One god (the primary deity of the Aredian people) has no gender.

PM: Finally, do you have any story ideas beyond the world of Catalyst Moon?

LLG: I have several folders on my hard drive dedicated to random ideas and stories that don’t fit into the world of Catalyst Moon. There’s a mix of fantasy and sci-fi. The great thing about ideas is that you can collect as many as you want!

PM: Thanks so much for talking to me Lauren. I can’t wait to read the next Catalyst Moon novel!

LLG: Thank you for the great questions. I’m so glad you enjoyed the story! 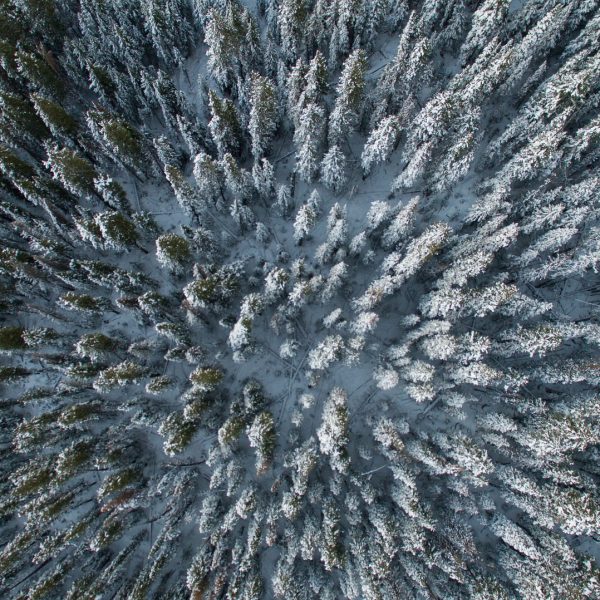 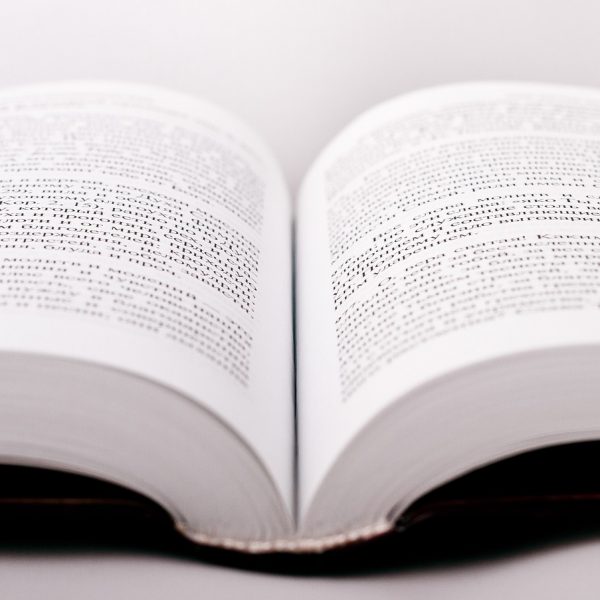 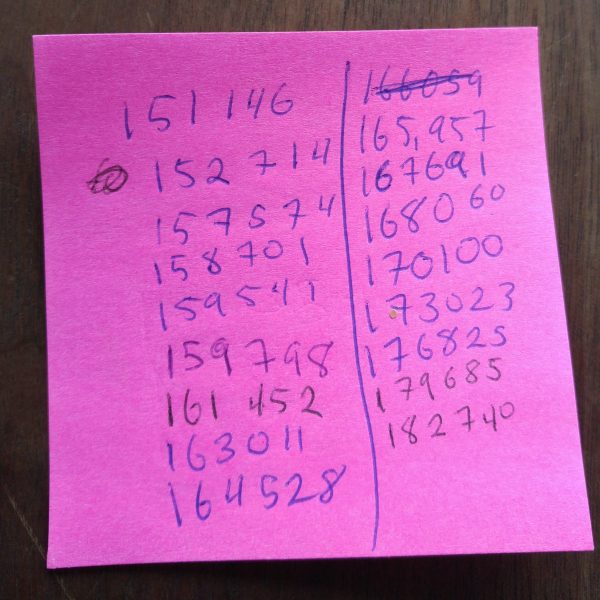 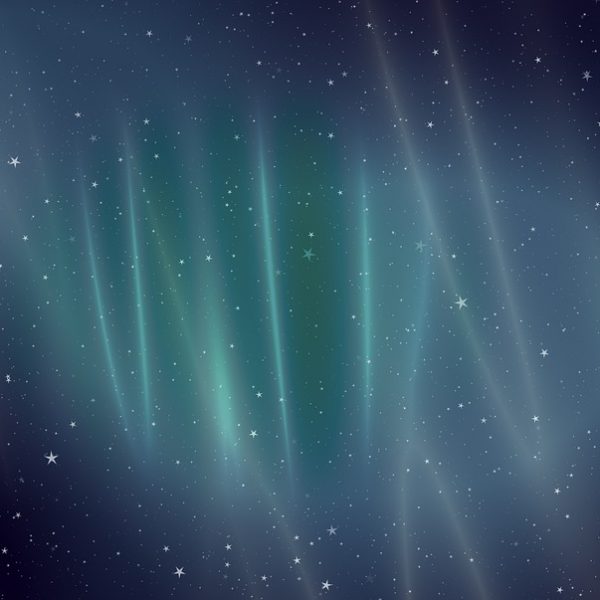 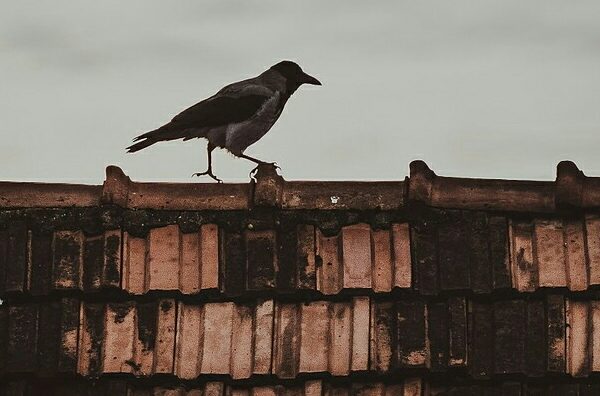 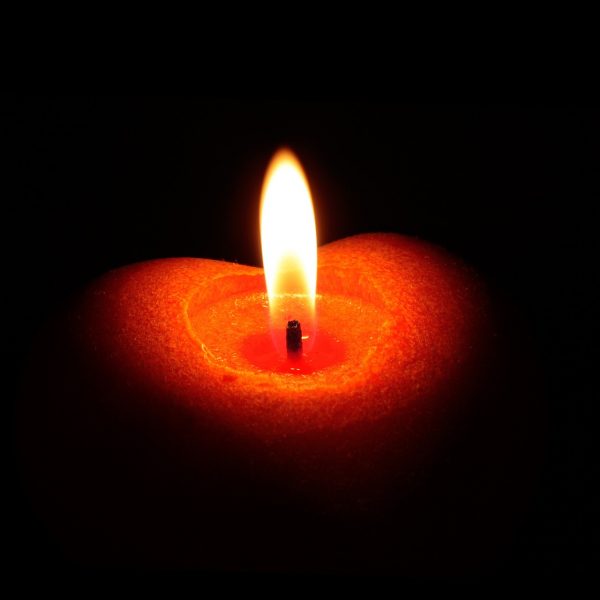 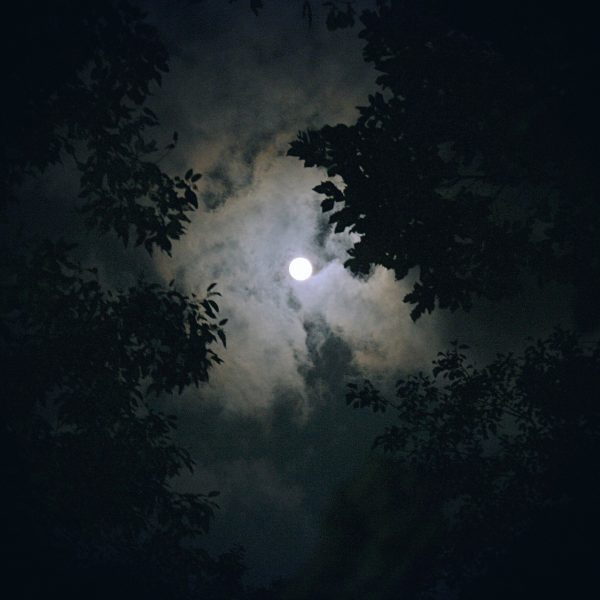 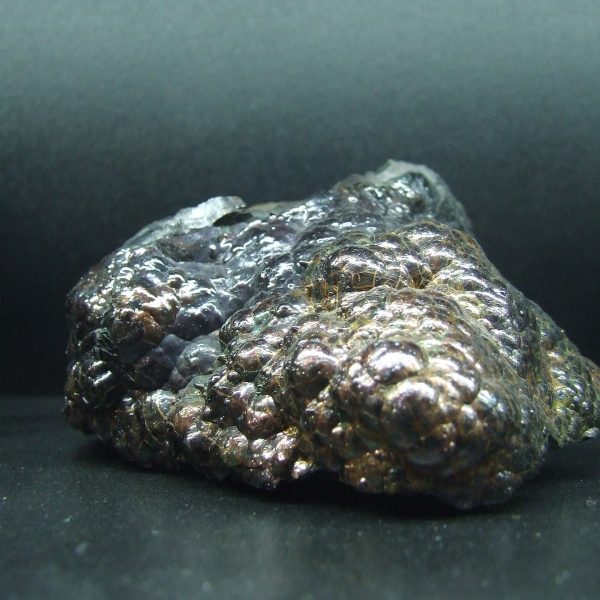 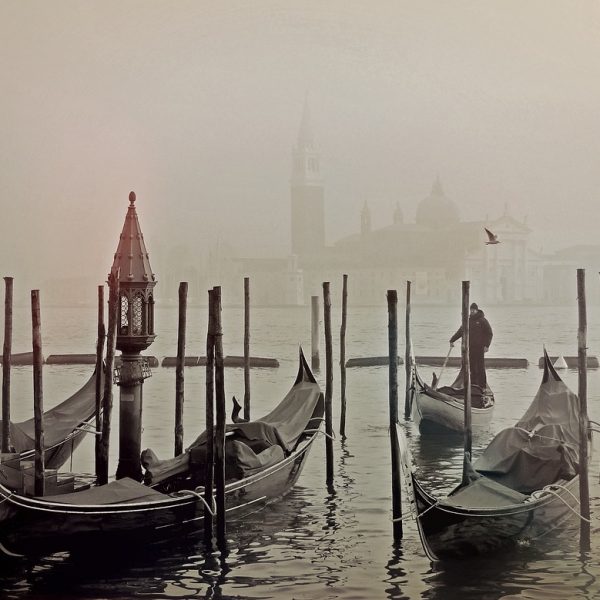 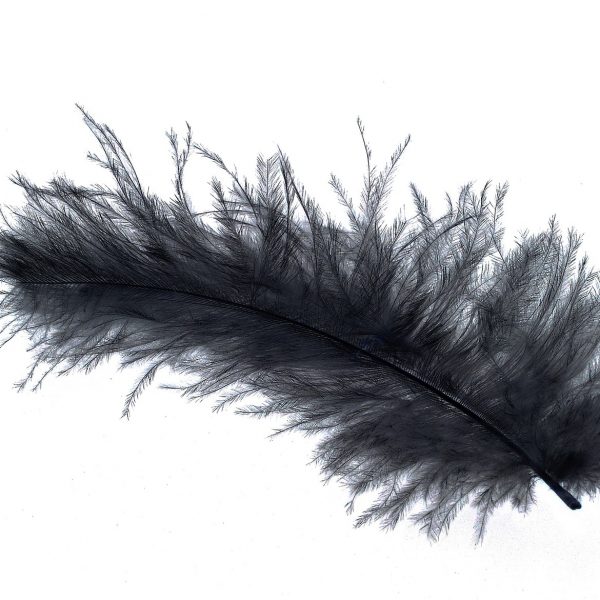 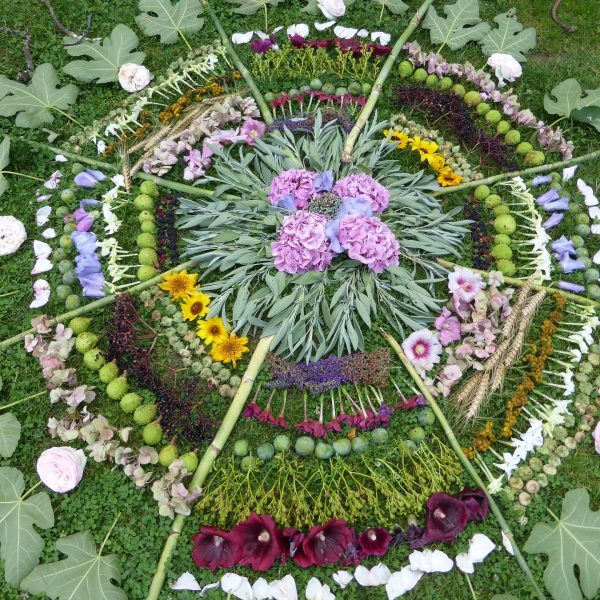 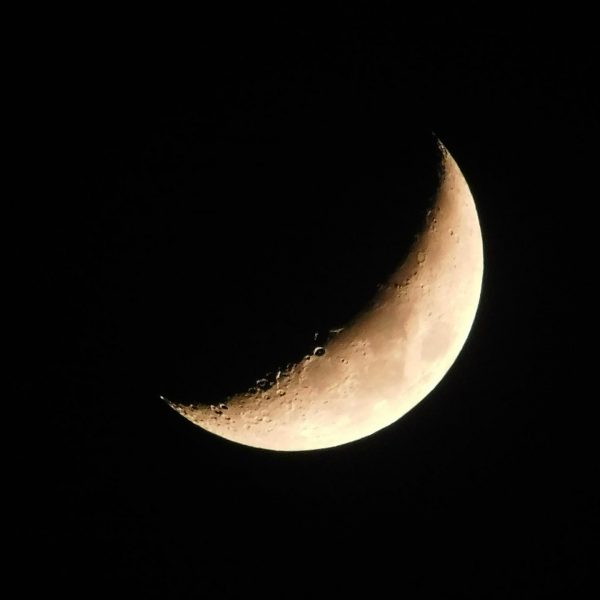